This was priceless, and soooooo necessary for all the white people in the audience to hear. haha!

Last night, Letta told me, “I’m proud of you,” and I was speechless. She had no idea how big a part she played in all of this.

I first saw her perform more than two years ago at the Dyke March. She performed some of her poems, and then just spoke frankly about everything from trans-people, to immigration, sexism within the queer community, and being allies to other causes outside of being gay or lesbian. At the time, I was part of the planning committee for the annual Dyke March – my first time volunteering in the queer community, and had been feeling somewhat disappointed at the world of LGBT community organizing; everyone seemed to be much older and so ‘boxed-in’ to doing things ‘the way they’d always done them’; bi-phobia pervaded many conversations but went un-checked, regularly; women of color were completely ignored (‘unintentionally’ – after all, we always invite them), and I was wondering what on earth I was doing sitting amongst ultra-American, predominantly (politically correct way to say “all”) white, New Englanders who I didn’t have anything in common with. Oh, wait… that’s right. We were all “dykes”. Yikes!

Anyway (and I didn’t know this then), the Dyke March some time ago decided that it made for a sensible formula to invite people of color to be the main performers during the annual Friday rally in order to draw out a ‘diverse’ crowd. Don’t ask. (Poor Zilli Musik, I don’t know how many times they’ve been asked to perform but…) Anyway, on this particular year, Letta Neely took the stage. And, it changed my life.

As I sat on the grass listening to her, I felt like I knew her. “Finally! Someone gets what it’s like to be me,” I kept thinking. She was loud, alright. Opinionated. Strong-willed. Idealistic. Passionate. A “wordsmith” for real. Listening to her empowered me. Somehow, she’d made it up there to get people to listen. To learn something. I couldn’t help but think that I’d been wasting my time in endless, drawn-out, unproductive meetings, organizing for the social rights of white lesbians. What the hell? Needless to say, I found my calling, and left the Dyke March Committee to do… something. I wished them well, but stated that there was just no way I could go on volunteering for them when my own people had no where to go, no place to speak and be heard… no one representing them. I didn’t know what I was going to do, but being on the Dyke March, and seeing someone like Letta up on stage had confirmed for me that I could do something. I had the power to do something. And, I think, for many young idealists wanting to impact change somehow, this idea is the most important, most powerful weapon to carry.

QWOC+ Boston’s myspace page popped up that August. And the first event was planned with MadFemmePride on October 17, 2006; a bit of history someone from the crowd felt they needed to respond with last night, when Letta posed the open question, “What do you know of queer people of color history in Boston?”

It felt weird to hear my name thrown into that pool, especially since I’m so young and most of the time I have no idea what I’m doing. But I will own it today. I did do something. I did. And I should be proud of it.

Almost a year later I saw Letta perform again at a Truth Serum event at the Milky Way. I told my girlfriend at the time, “That woman… she’s the one that inspired me to start QWOC+ Boston.” Sensing my deep admiration, my girlfriend urged me to go up to Letta after the performance and talk to her. “You should tell her! I’m sure she’d be happy to know! Go on…” And so I walked over, slowly, nervously, which is quite rare for me; I’ve practiced being confident and sure of myself in public since my summer sales job in college. However, as I approached Letta, I felt really… young, and awkward, like a nerdy school boy asking a really pretty girl to dance. I don’t remember what I managed to say to her, but it couldn’t have made any sense. I probably reverted to the standard “Hi, I just wanted to say I’m a huge fan I love your work-,” to which she replied almost immediately, “Thank you. Thank you.” Of course she’d heard words like that before. I signed up for her mailing list, then promptly returned to my girlfriend. “Did you tell her?” she asked. “Yeah, kinda,” I lied.

I’m not sure when next I’ll get the chance to say this to her in person. I choked again yesterday. But at least I can say something now, on my blog: 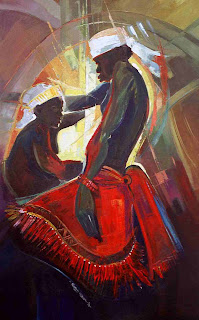 So many of my white American friends have never understood that when my parents come to visit that they of COURSE stay with me in my one bedroom apartment, and that my mother’s underwear will always be found hanging to dry in the bathroom. I know it’s funny, but that’s my life! When I was at MIT, my dorm head couldn’t wrap his head around the fact that when my siblings got out of school for vacation that they’d come stay with me in my matchbox of a dorm room. And, that if my parents had the money to come visit that summer, they’d book a hotel, but would always end up staying with us too! Crazy, yeah? I’ve found that situations like that are really hard for the average white American to understand. If you didn’t grow up poor, and you had the white picket fence and golden Labrador, ‘space’ was a right you acquired when you turned five, along with a play-themed room, which had a door that your parents had to learn to knock on to gain access to. Ha!

“Oh, stop the generalizing, iQWOC!” Well, if for the past eight years that I’ve lived here I hadn’t experienced looks of horror anytime I explained that my entire family usually stays with me during any given vacation/holiday period then perhaps my perception would be different. The fact of the matter is that – whether people want to admit it or not – if you haven’t had the immigrant experience, if you haven’t been dislocated from your culture in a new place, and you don’t even have family members (or even loud enough friends) that can say this, there are things about someone like me which are gonna be difficult to understand and/or relate to. Incidentally, it turns out that, of all the cultural groups that reside in the United States, Latinos are the ones whose experiences have most closely mirrored my own. Additionally, as I have come to identify partly as a “queer woman of color”, it follows that an even more specific subset of Latinos, queer latinas, most closely share my experience.

When I first arrived in New Hampshire for boarding school, the friends that I made instantly were from foreign countries – international students. I think most people would understand why that happened; we were all away from home, we could support each other, share our stories of culture shock, cook for each other etc. By the end of the semester, my group of international friends comprised mostly of students from South America. I honestly think that it was due to the fact that our cultures and general value systems were so close; family was the center of everything, and thus, your accountability to siblings, parents, grandparents… We talked about family and the differences we saw between here and ‘there’ all the time. Even the language barrier wasn’t strong enough to keep us from bonding (I was taking German at the time, not Spanish, but learned as we went along from listening to so much of their music – especially pre-crossover Shakira).

I’ve been asked a couple of times why (in place of Latinos) I don’t relate better to African-Americans/Blacks here, including people from islands like Barbados, Jamaica, Trinidad etc. Well, the fact is that those people living here (if, first generation) usually identify as American, which is still very removed from who I am and where I come from. I love to party with those groups hard due to the commonality in the music culture; bass and drums are clear signifiers of African rhythms. But, on the flip side, they don’t know what it’s like to live in a country where everything about your culture is made fun of (or pitied) ALL the time, and perpetuated negatively throughout the media, including to people who LOOK like you. Reggae and Dancehall have become part of the music in this country. Everyone knows and loves old Bob Marley songs, Buju Banton, Elephant Man, Sean Paul, Jay-Z, 50 Cent (even him!), and it’s cool to know their songs, dance to them etc. It is NOT cool to be African in the US, even though ALL of this comes directly from the culture I am so proud to be a part of. Rather, our art is routinely collected (stolen) and displayed in foreign countries as ‘mystical’ and ‘ancient’, while our music is viewed similarly to ‘strange’ foods from Asia, from a distance. Or worse, in some cases (especially when the songs are recorded in English), as a pitiful attempt to ‘copy’, and so ignored thereafter. 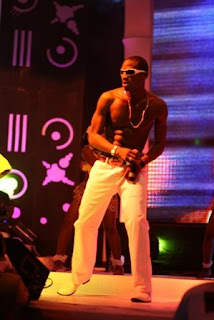 Language definitely plays a factor into this. Moroccan hiphop artists will tell you that even though their music thrives in the rest of the world, it has been poorly received in the united states, and any attempt to record in English is ridiculed (Hiphop in French and Arabic? Noooo). So, whereas most of ‘black music’ – Hiphop, RnB etc – and popular music from the Caribbean is readily accessible, and thus, accepted, because it’s in English, this is not the case with African music. They say that the core of culture comprises Art, Music, and Religion. And, none of these parts of Nigerian – or even African – culture, are available to me here. At least, due to the inter-linkage of history between Cuba, Mexico, and Puerto Rico (not to mention the influx of immigrants from neighboring South America), Americans are routinely exposed to Spanish-speaking cultures: bilingual educational policies, Gabriel Garcia Marquez, Ana Castillo, Hilary and the Latino vote, Miami, Reggaeton thriving as a new genre… all these make it “cool” to speak Spanish and take Salsa lessons. And, before someone mentions “African” dance (as if we ALL dance in the same way all across the CONTINENT), even with that, as I mentioned before, the movements are usually viewed mystically, and placed within the Afro-Cuban religious context. It’s not REALLY my Africa they’re talking about.

African dance… That’s definitely another blog, for another day. My point is that since I have been completely displaced from my culture and work every day to find a place for myself in this country, I am more likely to relate to women in similar circumstances. Immigrant Queers – male or female – take the cake.

Queer Woman of Color, I am… but only here; this identity would vanish the minute I stepped unto Nigerian soil. But, even I am beginning to forget what identity would take its place… and even, what there was before.