To Bebe Or Not To Bebe? 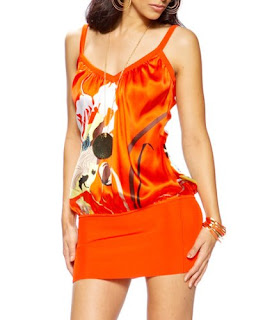 This year’s madfemmepride and QWOC+ Boston sponsored pride party, “OPTIONZ” is going to be held at Underbar, a swanky, underwater-themed lounge located in downtown Boston at the heart of the theater district. And, well, ever since I picked up the contract, I’ve been constantly obsessing over my decision to rally my community into hetero-central, where the bars and boston’s so-called elite aren’t necessarily the most queer OR hip-hop-friendly.

Initially, I felt proud to have taken actionable steps towards securing a brand new location – I get tired of partying at the same four or five clubs every year – and looked forward to taking yet another huge step towards social integration, one of the principles on which QWOC+ Boston was founded; by holding one of the most diverse pride parties of the year at an ordinarily-straight and bourgeois establishment, QWOC+ would be paving the way for greater rainbow presence and acceptance in Boston, AND… increasing confidence to members of the community. We can go out in downtown Boston. We can do it without going through a ‘back door’ somewhere. We ARE a part of this city.

However, I had to stop and think about the pros and cons to doing this, and whether or not I was being too foolhardy with this venture and being naive about the average business owner. They don’t see social justice or progress. They see dollar signs. Or lack thereof. Who can compete with Boston’s downtown clientèle? The armani suits, business cards and airport terminal drinking habits crush the lesbian scene’s “I just wanted to give you this $5 drink because you’re so beautiful, goodbye” nights out. Hands DOWN.

Furthermore, women can’t boast same buying power as men (thanks to sexism), and we definitely don’t have the same alcohol tolerance (thanks to biology). Women are natural nesters (and before any academics/feminists jump me, watch the discovery channel), and just to make matters worse – oh yes, they can be – we’re not size 2-4, blonde, extension-wearing models for Guess and Bebe. The queer community represents an entire spectrum of gender presentations, and thus, dress styles. I am particularly worried about the more masculine/tomboi gender expression, who will show up perky and ready to see some pretty ladies, only to be greeted at the door with a ‘once over’ and reluctant smile at their ‘athletic gear’. So we’re not only dealing with homophobia downtown; we’re dealing with prejudice against hiphop, which indirectly means “Keep the colored people out.” Grrr.

All these reasons substantiate the scary outcome of lobbying so hard, fighting the ‘man’ so hard, playing HARDBALL extra hard with downtown’s ‘elite’ business owners only to have half the lezzie population hook up just before my party and not show up, or worse… have everyone show up only to be discriminated against… during PRIDE week, when it’s supposed to be cool to be queer!

So why am I doing this? Well, goddamnit, because I want to party in a place that looks nice! And, I know everyone else does too. We deserve a great girls night out, complete with swanky Sex in the City bar, fancy martinis, thin straws, chic bar stools and a pizza place that’s open after we get out!